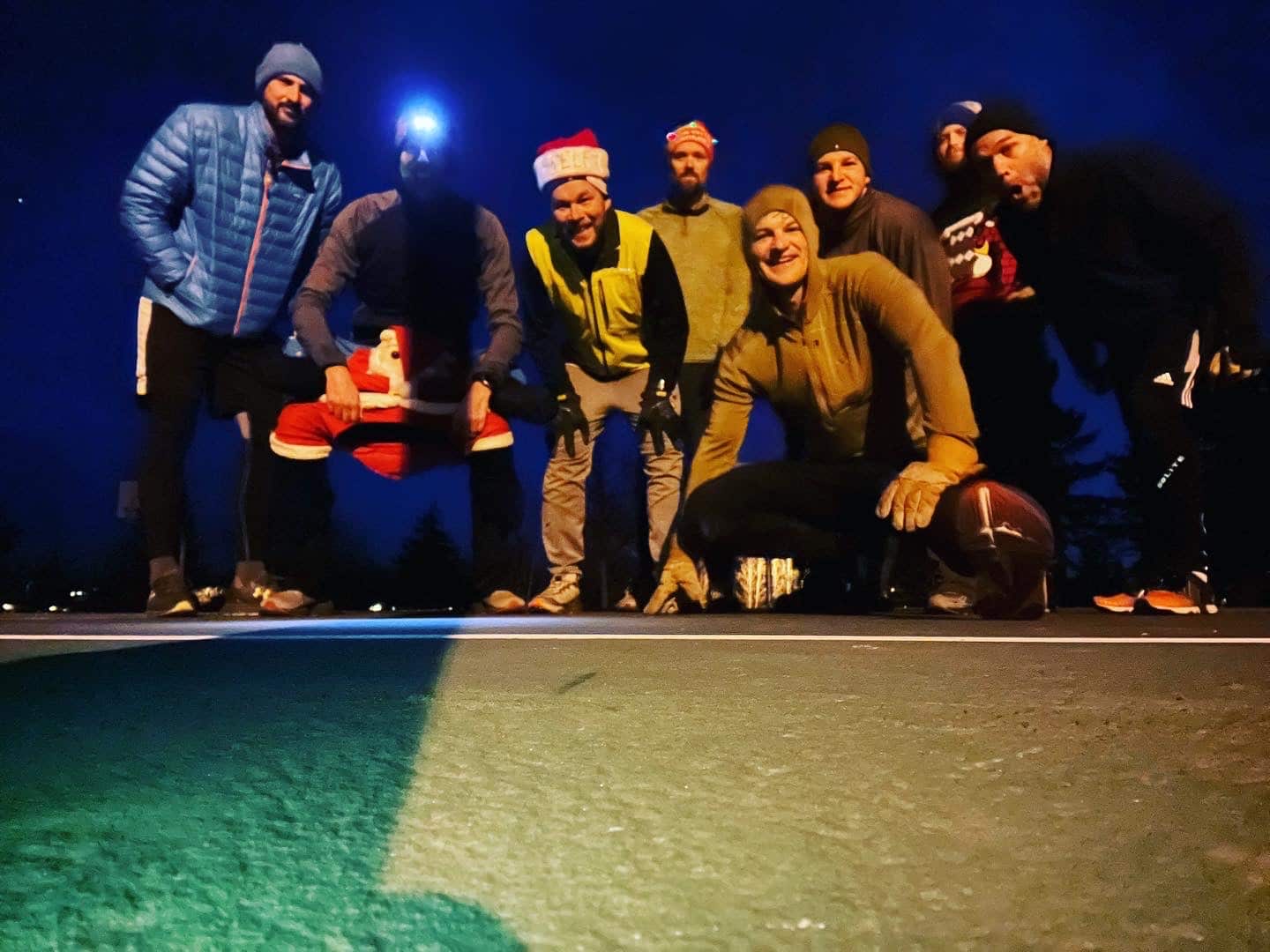 YHC had some holiday cheer to lay upon the PAX today. Remarkably similar to last year’s XMAS special, but with a few extra special gifts, YHC made sure all would feel this one in the days to come. A mosey around the parking lot to the …

A mosey to stashed presents along the way. YHC directed a PAX member to unwrap the gift and all PAX performed the gift. Gifts were:

On the mosey back to the shovel flag, YHC decided to get in a bit more work.

YHC read the story of “The Christmas Guest”, a great Holiday story about spreading love and caring in the Holiday season. Johnny Cash tells it great …

* This was where the groans and moans started to come out.

** Nearly stopped this one too early, but gotta hold through that false ending.

*** YHC thinks the PAX had enough after 1 round but kept them at it for a second.

**** That song just keeps going and going (and YHC loved it).