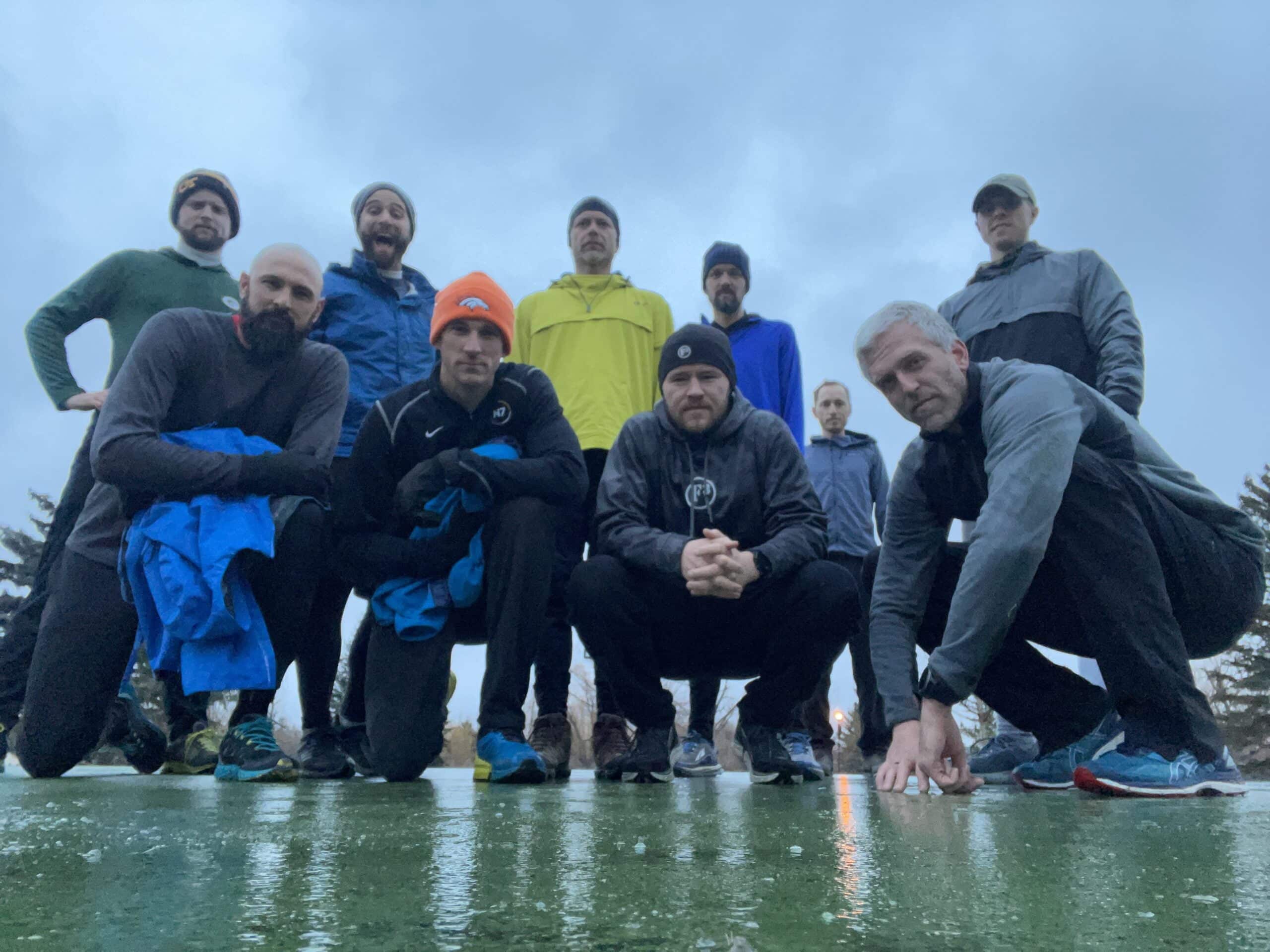 Although there were warnings of freezing rain and snow, 10 brave PAX joined for another gloomy beatdown at The Swanson. We had the much anticipated return of Excitebike after a long hiatus as well as an FNG gracing us with his presence on this glorius morning.

YHC decided a March Madness themed beatdown was in order given the NCAA tournament is right around the corner.*

YHC welcomed the PAX, gave the mission, a disclaimer, and off into the drizzle for a mosey around the parking lot to the …

16 exercises** were laid out in a 16-team March Madness style bracket. The seed indicates the number of reps of that exercise. After a game was played (i.e. exercises performed), 3 PAX shot a free throw***. If ANYONE made it, the higher seed wins and moves on to the next round, else the lower seed moves on.

After each round of games, the PAX did a suicide run on the b-ball court, with increasing reps of a designated exercise at each trip to the baseline.

Plank jacks for the win! 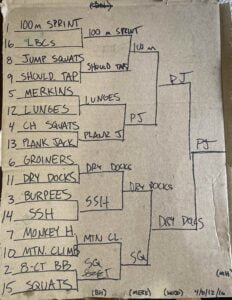 After the championship game, the PAX all did a victory lap around the basketball court****.

* #TCLAPS to F3 Princeton for the bracket idea from one of their past backblasts.

** We nearly lost a few PAX in the lake on the 100m sprint across the park. That lake creeps up on ya quick!

*** Remind me not to start an F3 rec basketball team. Definitely had more air balls than makes. We can blame it on the gloves.

***** Not on the Weinke, but just came to YHC and thought the PAX could use a few laughs. On my “O” of coarse, with proper voice inflection on the last rep.