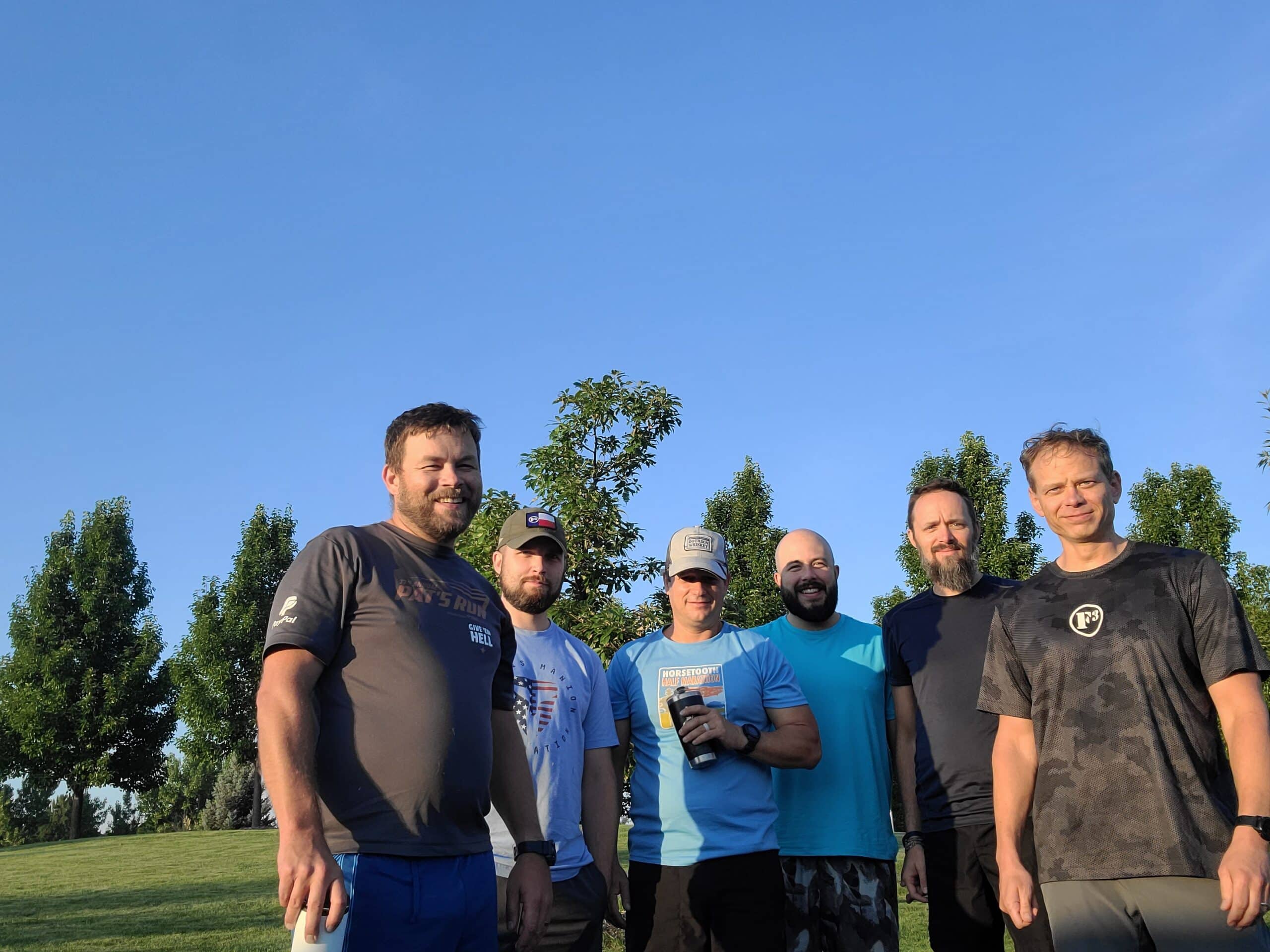 PAX were instructed to bring rucks AND sandbag. No questions were asked, so YHC knew everyone was up for whatever was thrown at them. The gloom was starting to look more gloomy with sunrises creeping later and later. GR Tribe posted an August WOD in honor of the 13 fallen during the evacuation of Afghanistan, and YHC wanted to incorporate some of that difficult as hell workout. We kicked off late, however still made time for mission and disclaimers. PAX grabbed all our gear and headed to a grassy area…

The walk over was considered the W-o-R…

As always, we at F3 Fort Collins advocate NOT talking to strangers. However, PAX don’t learn very well and 2 “good mornings” were directed our way. 5 burpee penalty per greeting was issued.

30 minute discussion around how we are working to be un-offendable. Work, the people we love, and other people in our circles can drive us mad. It is a sign of character development that we are all working to not lose it. We shouldn’t take things personally, tell ourselves stories about what we’re perceiving. Instead YHC heard amazing progress and great tips on how to make myself a better Christian, man, husband, father. PAX talked about using the situation as a learning tool, take instances to prayer and reflection, and forgiving openly other people and more importantly themselves. Amazing discussion. I was honored to lead you men this morning!