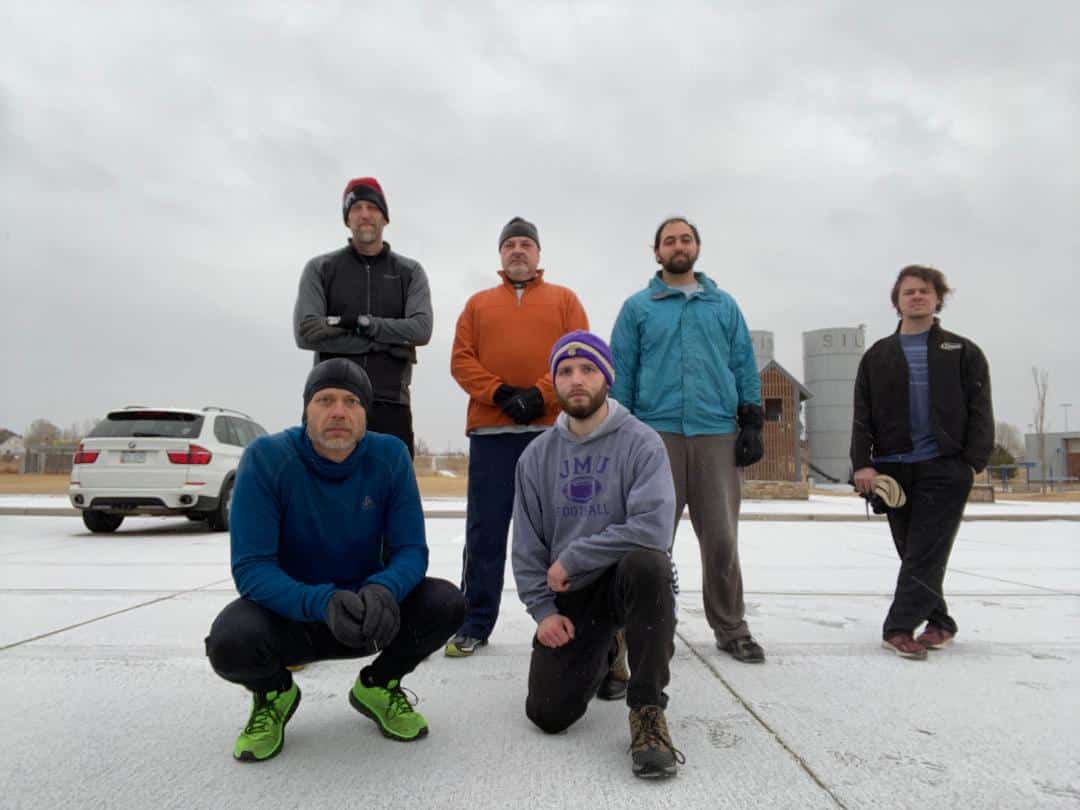 Mother nature graced us with a nice light snow to help keep the PAX who showed up from overheating during the morning beatdown.  YHC went on an abbreviated EC ruck, Go Blue! showed up late and attempted to work backwards to meet up but unfortunately we were unable to.  Greeted all PAX, stated mission and read disclaimer then moseyed.

This morning The Thang was broken into two parts with a short mosey separating the two parts designed to let the PAX shake out their muscles and catch a breath.*

Part 1: Consisted of 20 one minute rounds during which PAX completed the exercises listed below.  All started out with 6 of each exercise and moved up or down by twos based off when during that one minute round they finished.  The only rest throughout the 20 rounds was the time between when they finished their prescribed exercises and when the next minute started. **

Part 2: Same as part one just changed the exercises to what is listed below and everyone started with four of each before adjusting number of reps as needed.

Lifted up Fresh Prince’s son to find his way through a difficult time, anyone effected by plane crash yesterday, safe travels for Italian exchange student coming to live with Bunsen and his family and for guidance and patience for all during the time they are living with Bunsen’s family, and guidance and peace for La Niña’s mother working through legal proceedings.

*A few rounds in we were joined by our FNG who had a hard time finding the AO, welcomed him and caught him up to speed so all could continue beatdown together.

**Additional disclaimer was made by YHC that this workout was meant to have minimal rest and to target and fatigue certain muscles, good time to remember workouts are you versus you and to keep good form to get a hard workout and avoid injury