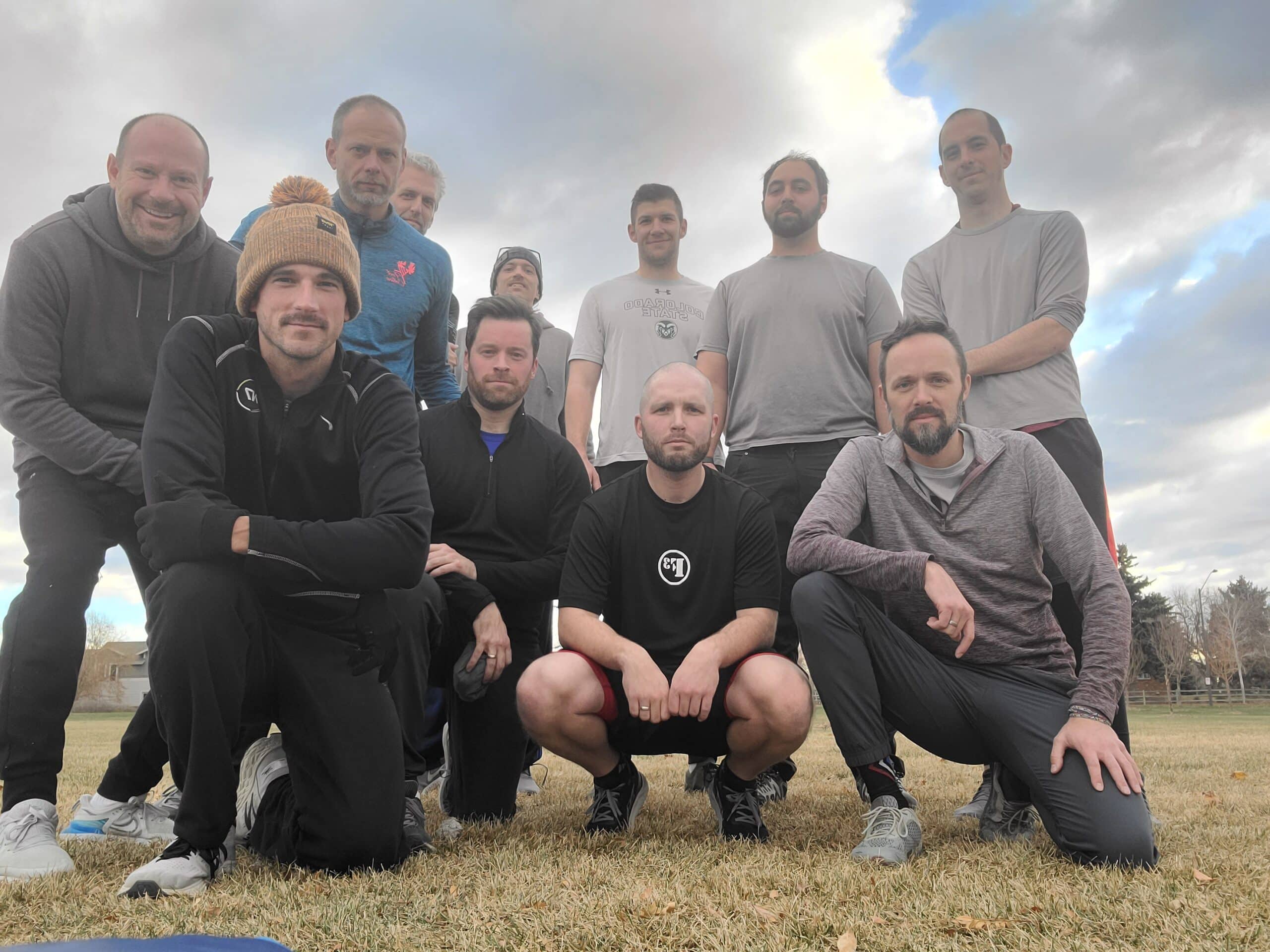 YHC had a FAN-tastic workout planned, but was honestly worried because the EC ruck was light in attendance. When we returned to the shovel flag, however, men continued to pour out of cars. Suddenly, the anxiety switched from “very few men to workout with” to “can I lead this large of a group.” YCH was set to try my best, as I knew the PAX would give their all…

With 2 FNG’s, the mission was CLEARLY announced and disclaimers highlighted. PAX seemed rearing to go, so we moseyed for…

A light jog around the park and circled up at the side field for:

PAX Moseyed to the soccer field picnic benches for…

3 Rounds of exercises x 10 IC. After each round, PAX ran a lap around the 4 soccer fields, except after round 3 YHC called out an Indian Run to ensure PAX remained together.

PAX were given a breather while YHC discussed the 5 Core Principles. Mostly done for our FNGs, however it is vital for PAX to know: 1. Free Workouts!; 2. Open to All Men; 3. Held Outdoors, no matter what; 4. Led by peers; 5. Ends with COT.

PAX were done breathing heavy, so we moseyed to the park stairs.

A loop route was detailed (up stairs, mosey across grass, down stairs, mosey along winding gravel path to start). At the top of the stairs PAX perform prescribed number of merkins, and at the bottom of the other stairs # of LBCs. First lap was 30 reps. Each subsequent lab decreased reps by 5.****

Mosey back to shovel flag for:

This was a super hard workout, and PAX continued to encourage every man to push further, and we held together and held strong! YHC was so pleased to see men work harder than normal and kept the mood positive!

Life is like this workout: it keeps coming at you. You have to bear down and fight through when your mind says to quit. There is more inside of you than you realize. It is important to test that and find where that is!

It was an honor to lead you all!

*** Mumblechatter went away as this still being WOR put fear in PAX eyes!

**** Omaha was called. A few PAX completed all rounds. Most made it down to 5/10 reps and that was really impressive!!